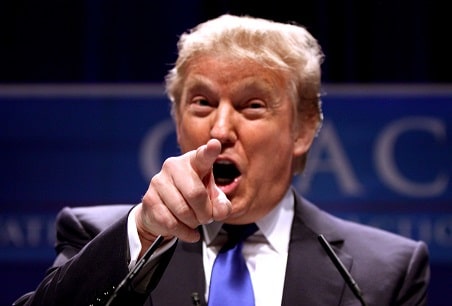 Rankism is the degradation of those with less power or lower rank. It’s somebodies using the power of their rank to humiliate or disadvantage those they see as nobodies. Rankism is no more defensible than racism, sexism, homophobia, etc. In fact, rankism—putting people down and keeping them there—is the mother of all the ignoble isms.
Eradicating rankism doesn’t require eliminating rank any more than overcoming racism means getting rid of race or delegitimizing sexism means eliminating gender. Rank can be a useful organizational tool that, used respectfully, helps facilitate cooperation.
The abuse of rank, however, is invariably an affront to human dignity. Rankism stifles initiative, taxes productivity, harms health, and stokes revenge. By giving rankism a face—his own scowling, mocking face—President Trump has unmasked it.
Once you have a name for it, you realize that rankism is everywhere in plain sight. Bullying, belittling, derision, corruption, harassment, and self-aggrandizement—these are all manifestations of rankism. The sooner we pin a generic name on them, the sooner we’ll be able to show them all the door.
The protests following the inauguration of President Trump were about more than the dignity of women. They were about dignity for everyone. Someday, the Women’s March on Washington may be regarded as marking the birth of a Dignity Movement.
Successful movements require two things: they must know what they’re for and what they’re against. A Dignity Movement is for dignity and it’s against rankism.
Thank you, Mr. President, for serving as poster boy for rankism and for jump-starting a Dignity Movement.

« When Robots Reign: Getting Along with Robo Sapiens: Part 4