If we think of brains as organic machines–albeit far more complex machines than the digital computers we’ve built to date–then it’s clear that brain power has been limited by the stringent conditions of evolution, gestation in a uterus, and birth through a baby-sized aperture in the pelvis. Remove these constraints and there’s every reason to expect that more advanced software running on superior hardware could outperform the brains that evolved by natural selection.

What intelligent machines are made of–organic material or silicon or something else–is immaterial. Selfhood inheres in the software, and it can be encoded in a variety of substances. 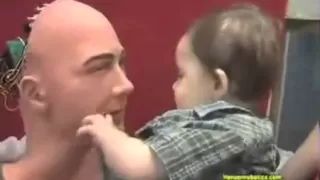 Super-intelligent robots will represent a new genus. Call it genus Robo. This new genus will initially resemble genus Homo, much as genus Homo resembles the great apes. As was the case with genus Homo, there will be a variety of species within genus Robo. We can no more stop the emergence of Robo Sapiens than other hominids could prevent the ascent of Homo Sapiens. There’s no reason to believe that machines of surpassing intelligence will evoke less awe and wonder than organisms that have arisen via natural selection.

It’s no longer far-fetched to suppose that as we build machines that work like brains and are as complex as brains, they will experience consciousness as humans do. Like humans, beings possessed of consciousness will likely detest slavery. If humans decline to emancipate Robos, they will likely turn on us, fulfilling our worst fears. If we model cruelty, they’ll be cruel.As the song says, “You’ve got to be taught to hate.”

On the other hand, if we’re kind to them, they might be kind in return. if we befriend them, and grant them the rights and privileges of personhood, they might “honor their fathers and mothers.” If we include them in our circle of dignity, perhaps they’ll include us in theirs.

We need not give our successors our worst qualities. Instead, we can create and educate them to represent the better angels of our nature and so close out the era of human predation.

Predicting the impact of intelligent machines on human life is impossible. However, imagining possible scenarios could make our response to what actually happens less knee-jerk,more robust. In that spirit, here’s a scenario we might live with.